VIM-ify All Things with the Drop Alt Keyboard

Vim all the things with the Drop Alt Keyboard. After writing code for the better part of five years in Vim and various code editors with Vim keybindings, I went back to a job where I spend a fair chunk of my time writing and editing in Outlook, Word and Excel. As I worked in these other apps I would often wish I had Vim navgiation keys. Microsoft applications do have navigation helpers with the CTRL + arrow keys but they require you to move your hand which, ergnomically, taxes my shoulder. While the thought about how to “Vimify” Office apps kept popping up more and more, I went down the rabbit hole of mechanical keyboards. That’s when I stumbled on to the Drop Alt Keyboard.

The Alt Keyboard is a 65%, RGB backlit, mechanical keyboard that has a couple tricks up its sleeve. First, it has hot swappable switches. Given that I just discovered mechanical keyboards, I thought testing out different switches would be cool. The RGB backlit keys are cool if you’re a gamer but unicorn vomit didn’t interest me. However, the feature that did interested me was that you could program the Alt Keyboard's QMK firmware.

The Drop Configurator allows you to configure the keymapping and RGB lighting of each key. The keys are configurable by layer. You can have up to 15 layers and configure the keymapping and lighting of each key in each layer. I bought the keyboard with the intent to set up one layer that just mapped h, j, k, and l to emulate Vim navigation. After I realized how easy it was to update the firmware, I decided to program the keyboard for shortcuts I use (or forget to use) in the Microsoft applications I commonly use at work.

I ended up using four layers: 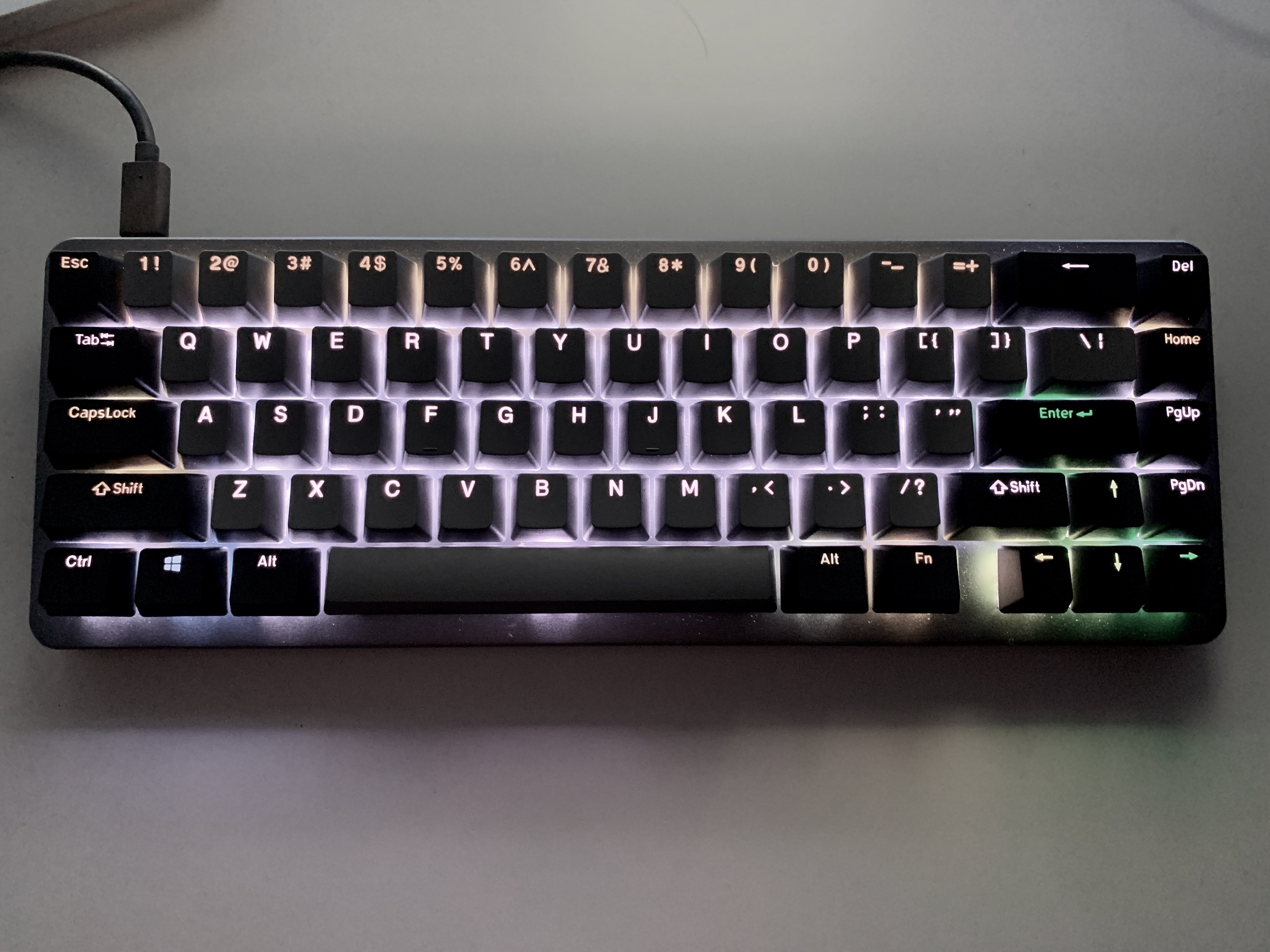 The is pretty much a default keyboard layout except for the layer toggles. 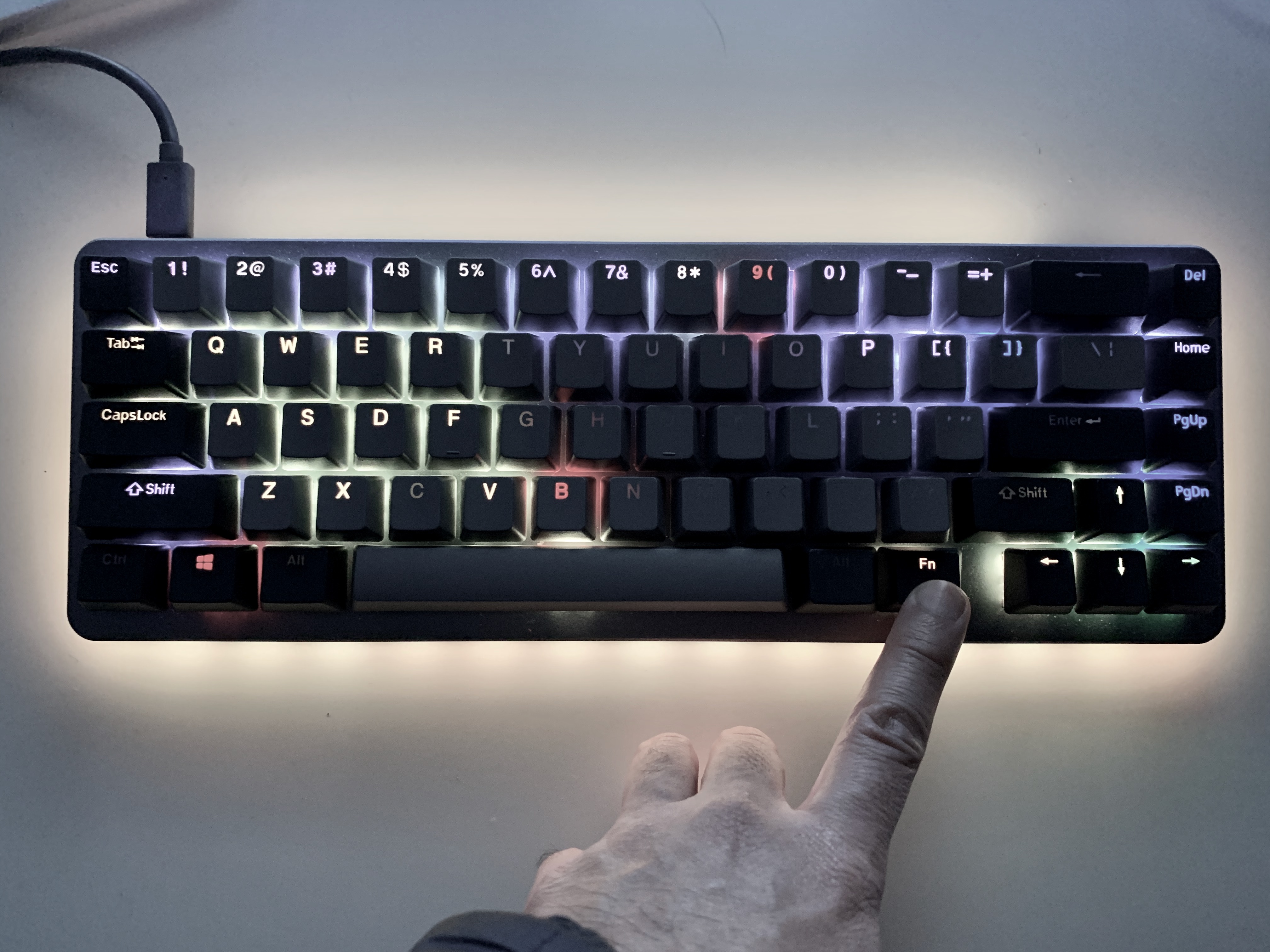 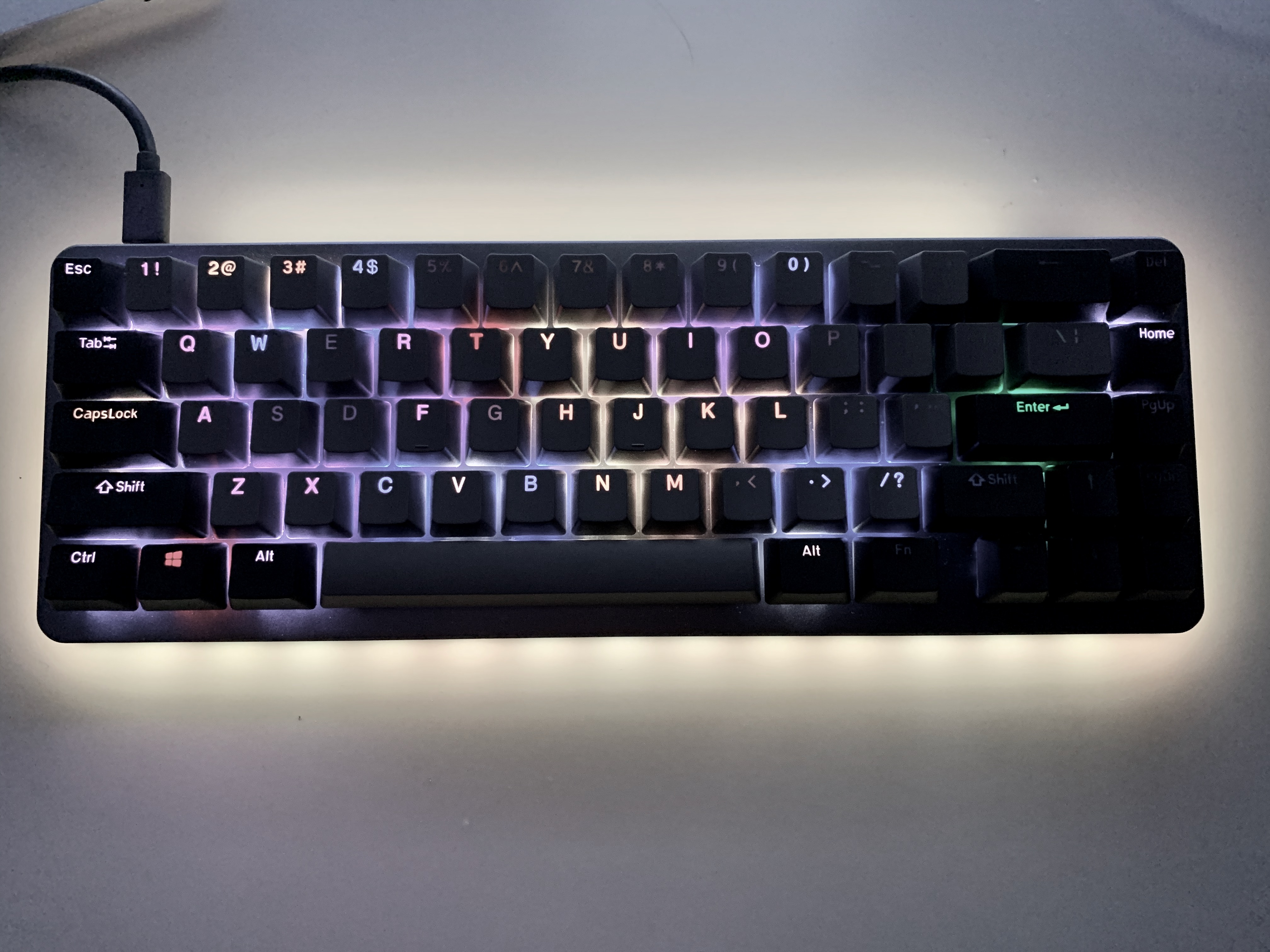 The yellow and orange are kind of hard to distinguish in the photos.

I tried to figure out a way to navigate sentences but I didn’t want to write VB macros. 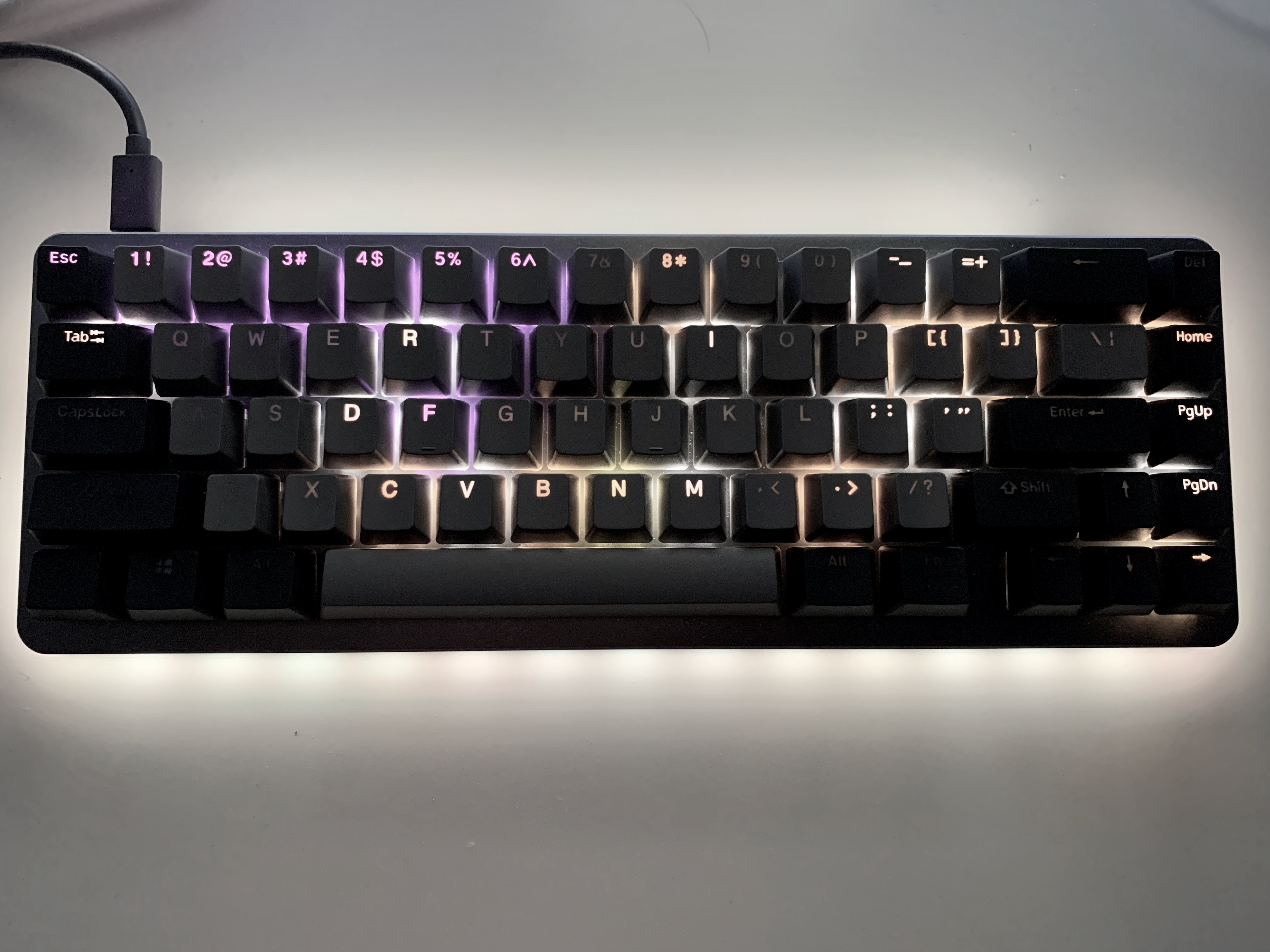 The Drop configurator has an option to toggle a layer for one keypress. I use this to toggle this layer from the Default layer and the Vim layer. After I press a shortcut, the keyboard reverts back to the previous layer.

This set up as worked out really well so far. I will probably make a couple tweaks here and there but I’ve gotten used to the layout after a full day’s use. It’s worked out so well I’m considering buying another one for home to replace my dev keyboard, an Apple Magic Keyboard. At $200 shipped, the Alt Keyboard isn’t cheap but what would you pay to finally learn all the Vim keybindings?